This Christmas was special. We got to spend so much time with our friends and family. My cousin Tony even welcomed his baby boy, Max, into the world all the way over in China as we kicked off our celebrations in Oregon last weekend.

Our kids really brought the Christmas spirit to life this year. I don’t think we knew what we had been missing in previous years. I’ll admit, I have been quite Scrooge-ish in the past because, honestly, trying to get Wilson to engage and care was just exhausting.

A few years ago, we could barely get him interested enough to open a present. Even the kind in a gift bag with one piece of tissue on it.  This year, however, our main struggle was stopping him from opening every present he came upon.

Yes, this year was different. Both Wilson and Charlie wanted all the Christmas music (except Silent Night, for some reason that’s a hard NO for Wilson), holiday shows and books, and even waved “hello” every time we passed all the Santa decor that adorned the neighborhood yards. Our tree lights were lit for their every waking minute and the countdown to Santa and our extended family’s arrival was discussed daily.

Charlie’s face when she realized that Santa ate all her cookies and the reindeer ate the carrots, too?! Priceless. 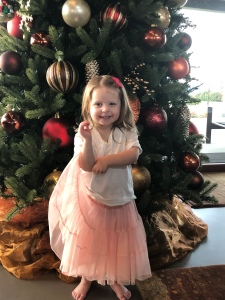 The excitement in her sweet voice when she told everyone that Santa gave her a new toothbrush in her stocking? The cutest.

Wilson used to prefer to be alone, and this year he wanted to be on top of everyone, spreading happiness and probably a few bruises, too (he does NOT. Slow. Down.)

He not only obliged us in wearing matching Christmas jammies (long sleeve! (Thanks, auntie!)) with his sis but he insisted on wearing them for days!? 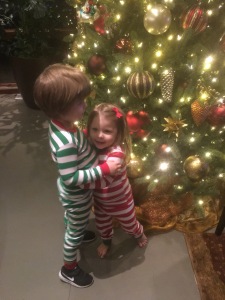 We had our share of struggles, and there were some memories made that Wilson was noticeably absent from. We are still finding a balance of when and where outings can be successful for him.  Tears were shed at one point or another by most of us, but all the beautiful, messy magic is what’s still weighing sweetly on my heart, even days later.

Who knows, maybe next year we’ll even be ready to take on this Elf on the Shelf madness. 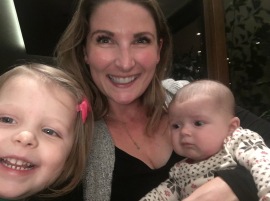 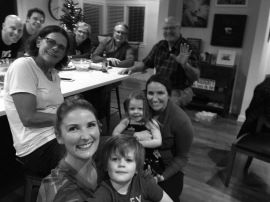 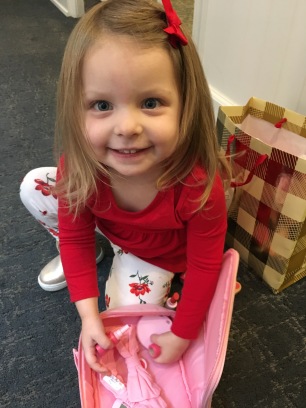 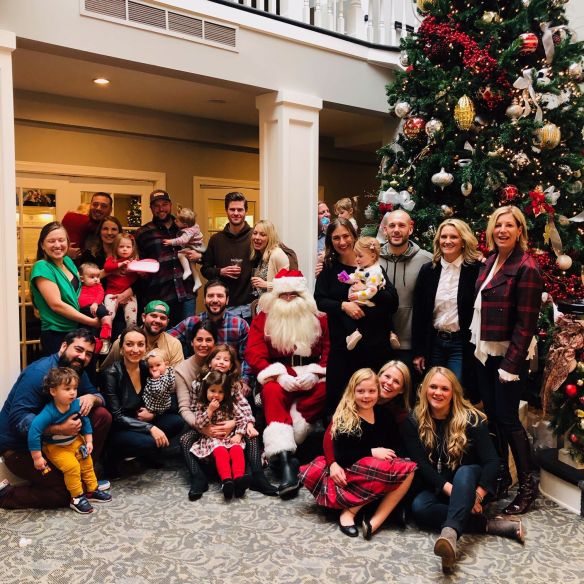