We miss so many people and places. We’ve slowed down, just like everyone else in the world. Work, school, and therapy schedules have been reimagined or discontinued.

But we’ve also learned more about each other. We’ve danced, sang, and giggled more. We’ve rushed less. We’re trying to be more intentional and live with more gratitude, so we are sure not to miss the moments of joy, especially amid the chaos.

The JOY of this season through their eyes is the best thing on earth, and I know it will carry us well into 2021.

We wish you all a very Merry Christmas!

Wilson has been singing so much lately! When he sings, it’s the most we get to hear that sweet little voice of his and I adore every bit of it.

Memorizing songs, phrases, or scenes from shows and movies, and counting has always seemed to come naturally to him. His memory is incredible.  Because of this, using learned phrases to communicate with us and others has been something that has continued to grow and expand over the years.  He still communicates mostly in 1-4-word phrases, but lately he has been using so many new ones.

Numbers and songs are always the same, this makes them reliable in his mind. They are always in the same order and tune; the predictability is comfortable for him to return to.

He likes to listen to the same songs (and watch the same shows), repeatedly, so that he can learn them. He seems to pay attention and learn every piece of them, the tune, the timing, the words, the varying voices, the stops and pauses.

Spontaneous and functional language is much more difficult for Wilson to retain and access. Even when it’s something he has learned and practiced.  Sometimes, questions need to be presented the exact way he has learned them for him to be able to recognize them.

For example, he knows the answer to “What’s your name?” is “Wilson.” But if someone says, “Hey little guy, tell me your name!”  He likely wouldn’t understand what is expected as a response, or that he is even expected to come up with one.

Just like every year on his birthday, we work on the new answer to “How old are you?”  To him, he already learned that answer!

This boy’s hard work continues. He is such a little warrior. There are so many ways this guy brings joy to those around him. I tried to capture some of his favorite tunes here to share!

Every morning for the past several weeks, Wilson has come into our room, shut our closet door that was left open the night before, goes over to our window and says “There’s the moon!” and repeats this, until one of us says, “Yes, that’s the moon!”

He eats the same breakfast every single day. He has for years.  He chooses clothes from a handful of t-shirts and pants he will tolerate, often fighting for the same ones he wore the day before.  He will undoubtedly change into his favorite outfit when he returns home.  He requests the same songs on the way to school each day, and different ones on the return trip.

Many of us have passively used the term “OCD” (obsessive-compulsive disorder) as an adjective to describe a clean or controlling person. I’ve done it to.  Seeing what rigidity and actual OCD behaviors look like in my seven-year-old has been incredibly eye-opening. His rigidity has slowly and steadily become his biggest roadblock to progress over the past several years, especially when it comes to learning in any kind of group environment.

These kinds of behaviors run deep, they are very real and mean so much to him. They all serve a purpose.

Rigidity, in some form or another, has always been present on Wilson’s evaluations, treatment plans, and goal documents since the beginning of this autism journey.

From his view, everything is regimented, down to the way he plays with his toys. Over the years, I have watched these behaviors go from preferences, to strong preferences, to persistent preoccupations to full blown obsessive-compulsive behaviors.

He depends on order, routine, and sameness to feel calm.

Wilson has a plan for almost everything. He expects certain lights to be on, certain doors to be closed, and most certainly his familiar foods to be served. He smells his sandwich when I give it to him to make sure I didn’t switch the brand of bread.  For most meals in his day, he requests a sandwich (always cut the same way) with two pieces of additional bread. He cannot have one without the other.

Unfortunately, some of his very favorite foods we only buy occasionally, or we must hide them because he obsesses over them so much.  The obsession isn’t just in consuming the food, it’s where the food is put away (he constantly returns to check on it), who else is touching and eating it, and of course, dealing with it running out.   It’s heartbreaking to not provide something that he loves but at the end of the day, sometimes is just isn’t worth the stress it puts on him and us.

In his mind, things belong in a particular place. If he finds that something is out of place, he cannot move on with his day until it is corrected.  This becomes problematic when the item is something one of us is using, or a toy his sister or peers are playing with.  Sometimes we make a point to wash his clothes or sheets while he is at school, because depending on how he is feeling that day, those items out of place can be very difficult for him to work through.

When you hear about people with autism struggling with change, it is often things like this that may seem simple and small to most. A favorite shirt that’s missing, an empty box of crackers, or the salt and pepper shakers out of the cupboard.

We are constantly working on his flexibility and adaptability. Baby steps in an understatement.  When sensory sensitivities are involved, change must be slow and very intentional. He has worked programs with Applied Behavioral Analysis (ABA) therapy in areas like this over the course of several months to years. We practice a laundry program where he puts the clothes in the washer, then the dryer, then back to the closet. We talk through it the whole time, assuring him that the clothes will end up back where they belong.

We cannot challenge him in all these areas at once. Can you imagine how overwhelming that would be? A new brand of bread, his favorite tune unavailable on the way to school, only to come home to find the sheets off his bed, his sister had moved his toys out of their line up, and someone had eaten the last slice of watermelon?

We work on a little each day. One day at a time.

Some of you might wonder why. Just let him wear dirty clothes and eat watermelon all day! Truthfully, sometimes we do. We pick our battles. But this is just the beginning. He needs to learn to adapt and be flexible with his plans and his thinking. He needs to learn to cope with sensory input that isn’t ideal.  Why? Because I want him to be able to participate in this world and be comfortable beyond these four walls. Where sometimes the lights need to be on, and the doors wide open.

He’ll get there. One day at a time. 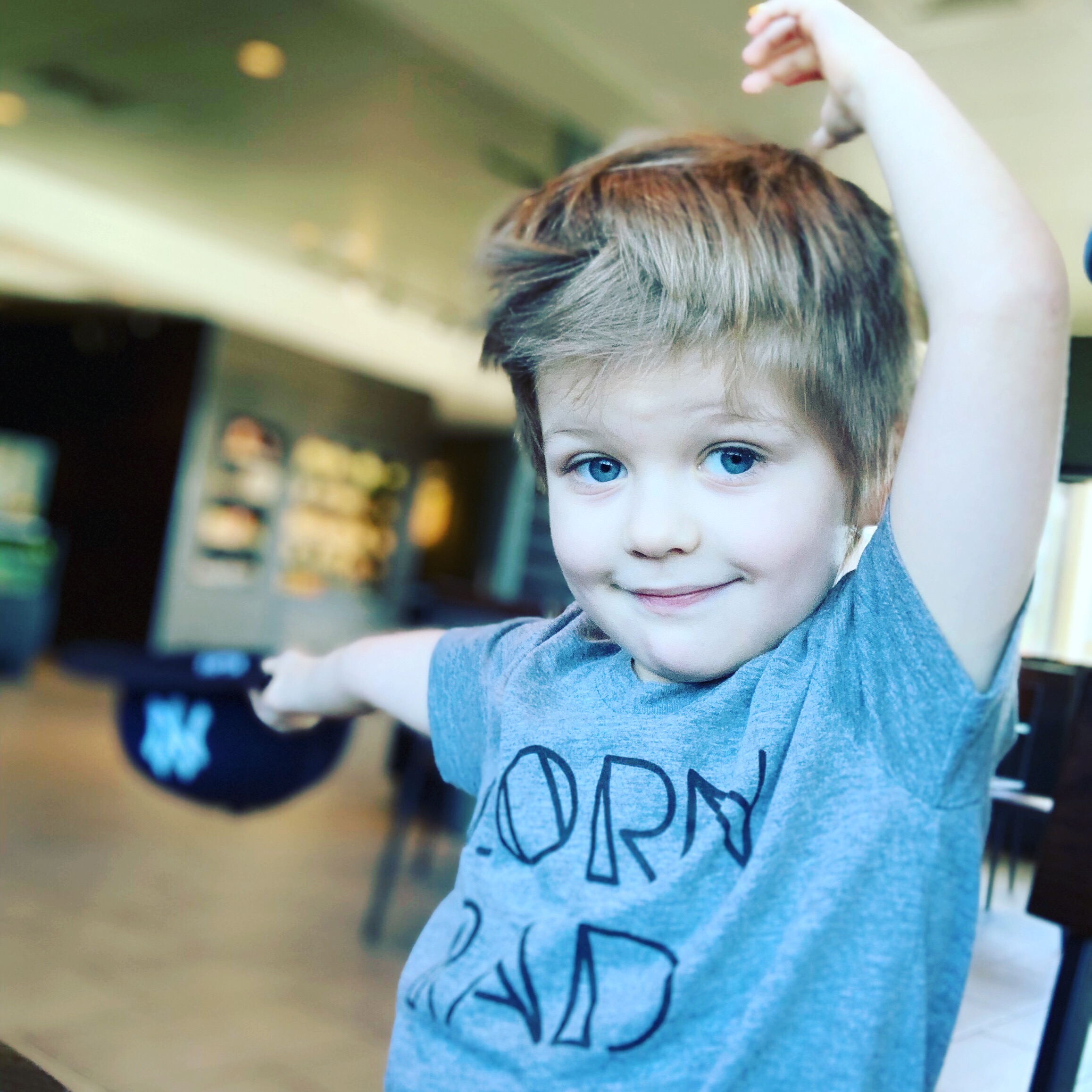