Oh, quarantine and autism. You have been a doo-ZY!

You would think we would have embraced this socially distant period like all the autism memes suggested at the beginning of this lockdown. “We’ve been social distancing since before it was a thing!”

These past few months at home have allowed regression to creep back in, distressing my boy at a whole new level. I knew it would, right when we said goodbye to his routine back in March. It was inevitable. Unfortunately, that expectation did not make these months less painful for any of us. Especially this sweet boy.

Months of quarantine has meant the loss of so many hours a week of in-person, face-to-face time with our entire support team. The people we lean on and draw advice from constantly. I have continued to see some of them over zoom almost every day, but Wilson will hardly notice or engage with them.

Awareness of surroundings has often been a struggle for him. Sometimes he is so intensely focused on an object or activity, the rest of the room, the rest of the world, falls deep into the background. So, you can imagine spending hours a day trying to draw this little man’s attention to a computer screen for zoom therapy sessions was rough.

Why did we try? Because this isn’t about falling behind in the world of ABC’s and 123’s. It is about attending and listening so that he can learn in an environment beyond 1:1. It is about co-regulation and self-regulation so that he doesn’t hurt himself. It is about word comprehension so he can use them to get his increasing needs and preferences across.

We had been working on safety in the community for years. We were practicing sitting to have a juice box in a coffee shop and running short errands. He started attending an inclusive gymnastics center and began private music lessons. We had hopes of him joining us at a restaurant eventually. Wilson even went on a little field trip to the library with his classmates. I remember when all these things felt so out of reach. Now it feels like we are back there, reaching.

Wearing a mask is likely off the table for this sensory-sensitive kiddo. Physical distancing is just not in his personality. He wants to be close, kiss, cuddle and climb all over people. The number of visuals and social stories needed to deter all these behaviors… is daunting.

He’s a little lost right now. He spends much of his day drawing, scripting and repeating, searching for the order and regulation that he craves. We are a little lost right now. That’s what regression does. It breaks down connection, communication, and patience. In this unpredictable world that is one thing we autism families can usually count on. The highs and lows. The rollercoaster. The progression and regression. Where there is up there will be down. I am not trying to be negative; it is the simple truth.

In the past I blamed these dramatic shifts on gluten, food dye, screen time, the moon, barometric pressure, you name it. This eventually morphed into change of any kind. I had to find a reason beyond autism.

He wanted to give up on the zoom therapy almost daily. Eventually so did I. But we didn’t. I will never stop helping him find his words instead of him screaming. I will never stop sitting with him and being his calm place to regulate his little body, so he doesn’t hurt himself. NEVER. 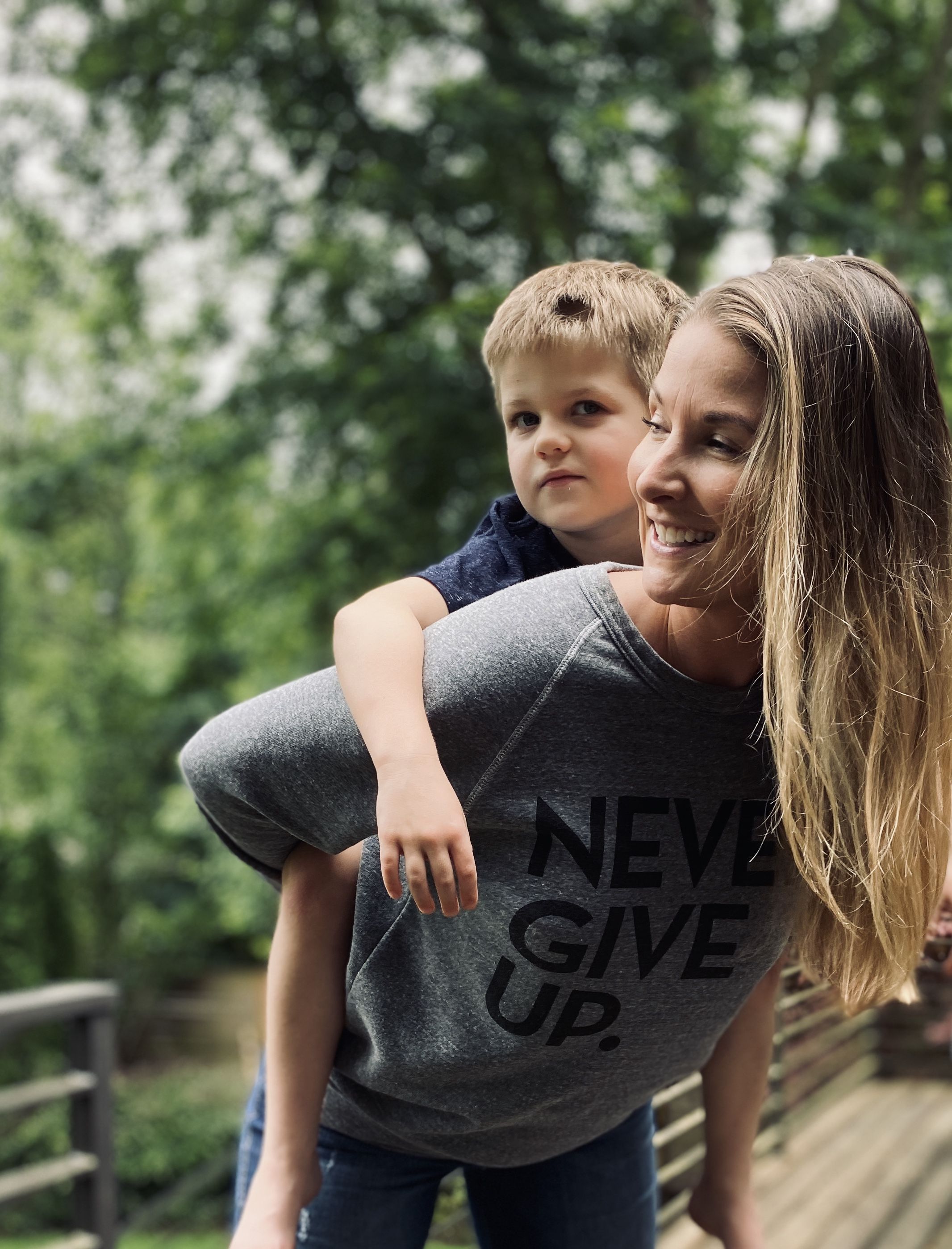 Whenever I think my job is exhausting, I remember how hard this kid works every single day. He does not give up. He has shown me what it means to be resilient.

We are heading into a two-week break from therapy before he transitions back to in-person with his peers in July. In the meantime, we are looking forward to spending more time in his happy places. Long walks, riding bikes, hours spent exploring the creek, playing with leaves, and searching for treasures.